Tonight the Koko is rammed to the rafters for an emotional farewell to Wilko Johnson, a guitar legend who pioneered a sound and inspired so many.

Diagnosed in December with terminal pancreatic cancer and refusing chemotherapy, Wilko has been nothing but cool and collect since this sad news broke. In much-talked about interviews, the founding member of Dr. Feelgood appears to be experiencing a serene calmness, but one can’t help wonder if cracks will begin to show as he comes to the end of a string of farewell concerts.

Any such wondering is dispelled from the off, as the Canvey Island icon – with his berserk leer, those googly eyes and his zig-zag stepping – is exuberant as ever. Wilko is not here to be maudlin, he’s here to give us the same fierce energy that drew us to him in the first place. Predominant material comes from the Feelgood era, with the likes of ‘Going Back Home’, ‘Roxette’, ‘Don’t Let Your Daddy Know’, ‘She Does It Right’ and ‘Back In The Night’ ripping up a storm amongst the packed Koko masses.

The band consists of The Blockheads bass player Norman Watt-Roy and Dylan Howe (son of Yes and Asia guitarist Steve) on drums. This incredibly tight unit form the backbone to Wilko’s rhythm chops and lead runs, producing a  spectacular performance of passionate musicianship from the trio.

A special guest appearance from accordionist ‘Slim’ (who is far from it) brings a couple of Zydeco-oriented song versions, including ‘Sam the Sham’ and the Pharaoh’s classic 1965 stomper ‘Wooly Bully’.

Other solo works include ‘The Western Plains’ and ‘Keep On Loving You’, delivering further doses of high energy rhythm and blues to a sea of mostly middle-aged blokes, who frantically sway and jump and punch the air, like an audience half their age.

These last shows are said to “represent an opportunity [for Wilko] to express his sincere thanks to his fans”. But the guys crammed in here just want to express their thanks to him – for his influence on the likes of the Sex Pistols, The Clash, The Stranglers and on a whole generation of musicians and fans. So, for every machine-gunning riff Wilko fires from his trademark Telecaster into the audience tonight – they respond with a respect that is palpable.

Poignancy reigns at the end with Chuck Berry’s ‘Bye Bye Johnny’, breaking down to where Wilko sings about a black train which took his love away, and which will soon return for him. There must be a lump in the throat of many, as the song takes off again – with a mass wave to Wilko, who waves back to the end.

After saying very little throughout, the man in black steps up to the microphone for his final farewell. “God bless you all.” he says. As the place erupts and the band leave the stage, we all say thank you to Wilko, and return his blessing in our own way. 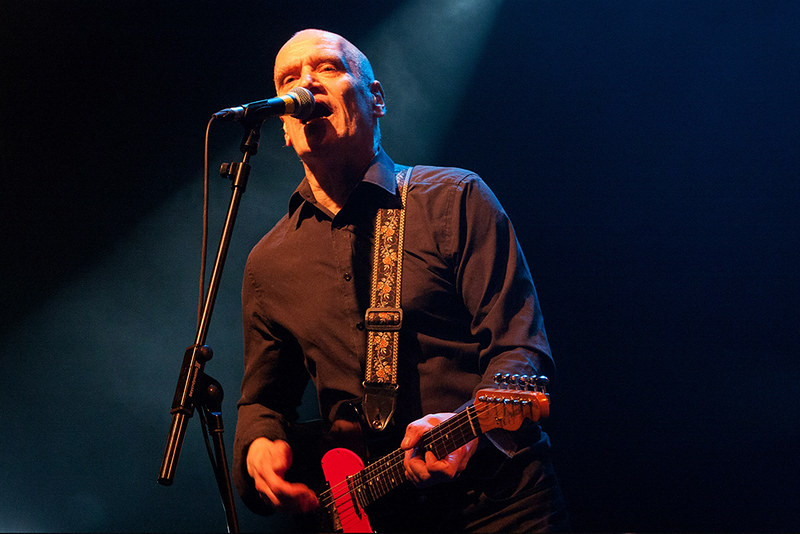