Synth-pop pioneer and electro-industrial rocker Gary Numan is currently on tour to support his nineteenth studio album ‘Intruder’, released 12 months ago, during the Covid pandemic.

As for many artists, the Gary Numan ‘Intruder’ tour has had a series of setbacks. But finally it’s here, and a full house at Birmingham’s O2 Institute is buzzing with excitement. And it’s not just ‘Numanoids’ of a certain age who are calling out for “Nuuuu-man!” either.

It’s been 44 years since the release of the debut ‘Tubeway Army’, but a continued evolution finds the man as captivating as ever. Since a late ’90s revival his enduring appeal and influence is unquestionable. Confirmed with a pre-show scan of t-shirts emblazoned with Numan, Nine Inch Nails, Foo Fighters, Depeche Mode and Ministry, on an audience spanning decades.

Stepping out to a huge reception, Numan and his cohorts are dressed in futuristic, Mad Max style outfits. Himself a cut above the rest and with those three red stripes daubed across his face. An impressively condensed and illuminating stage set has pillars of light and a video wall backlighting the scene, as the title track from last years new album ‘Intruder’ ignites a dark and menacing performance on a industrial scale.

There is no pussyfooting around as Numan romps across the stage, contorting and draping himself over his mic stand with dystopian desperation and bleakness. Flanked by post-apocalyptic Mitchell brothers, guitarist Steve Harris and bass player Tim Slade, their shape throwing and theatrics are the perfect accompaniment to the main mans compelling presence.

Subsequently there is a throwback to 1979 and the opener from the ‘Replicas’ album – ‘Me! I Disconnect From You’ – before we bounce forward to 2006 with ‘Halo’ from ‘Jagged’. As if to please everybody, which of course it does, the setlist continues in this fashion. Picking from a catalogue of tracks, which despite there differences in age, hold together well with overpowering electronic beats, heavy synth and a raw industrial edge.

With everything from ‘Metal’ to ‘Resurrection’, ‘Down In The Park’ to ‘Love Hurt Bleed’, and ‘Everyday I Die’ to ‘My Name Is Ruin’ (with daughter Persia appearing on the video wall ) some of this material might have been crafted generations apart, but it all commands the same attention.

Towards the end of the set comes the classic ‘Cars’ and to finish ‘We Are Glass’ – both sounding more futuristic than the future will ever be. An encore of ‘A Prayer For The Unborn’ and the amazingly chilling ‘Are ‘Friends’ Electric?’ send us into the night with that timeless masterpiece swirling around in our heads.

It seems unbelievable that during his early days Numan had to defend his music from serious hostility and found himself being pushed out of the industry. But never one to linger on the past he continues a brilliant late career. With that intense, iconic vocal and as an incredible live performer, in 2022 Gary Numan remains aware, relevant and a force to be reckoned with. 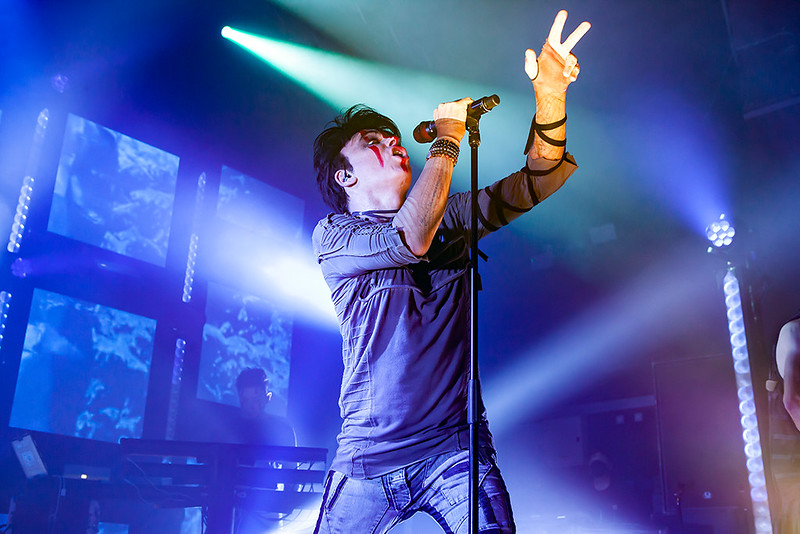