In 2009 Thunder went their separate ways, returning in 2011 for a triumphant performance at the High Voltage festival, followed by two sell-out Christmas shows in 2012. Now they have been lured back once again to open for the two monsters of rock, a mighty task for any band.

It’s only 6.45pm when the lights are lowered for AC/DC’s ‘Thunderstruck’ to bellow out from the PA, but there is already a sizeable crowd here to be struck by whatever Thunder have to offer.

Danny Bowes may have the look of somebody’s dad walking out on stage, but the guy is a charismatic and entertaining frontman, whose vocal range is as powerful as it ever was. A master of whipping up a crowd, he does so from the start, with tonight’s patrons particularly enthused during ‘Dirty Love’, ‘Higher Ground’, ‘Back Street Symphony’ and ‘Love Walked In’ – all from the band’s 1990 debut album.

Luke Morley and Ben Matthews form an impressive guitar duo, and together with Bowes they are an entertaining force, powering through their 45 minute set which also includes ‘Rive Of Pain’, ‘Low Life In High Places’ and ‘The Devil Made Me Do It’.

Finishing with – and the crowd singing along to – ‘I Love You More Than Rock ‘n’ Roll’, Thunder are without doubt, still very much on top of their game. To be honest, I’m left only wondering why a band with such great rock ‘n’ roll songs, perfectly executed and sounding so good, would even consider disappearing just yet. 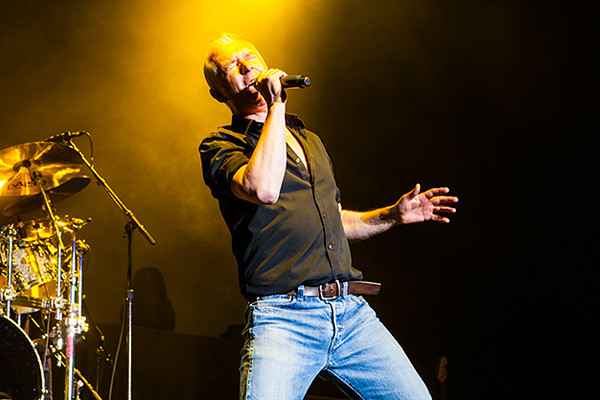