Therapy? have outlasted competitors and outwitted industry attempts at categorisation for over 20 years.

With 13 studio albums and 28 singles released to date – the breakthrough album ‘Troublegum’ (1994) was their musical and commercial peak.

As Ulster’s finest continue to release albums; gaining enough attention to tour and entertain a loyal following, it has to be said that nothing comes close to tracks from the classic ‘Troublegum’.

Rocking tonight as they always did, are the likes of ‘Die Laughing’, Joy Division’s ‘Isolation’, ‘Nowhere’ and ‘Screamager’.

For me, Therapy? are the act of the three band, Jagermeister Music Tour line-up. And not just because I go back with them. But because they rock out with the kind of carefree simplicity that all too few bands have these days. 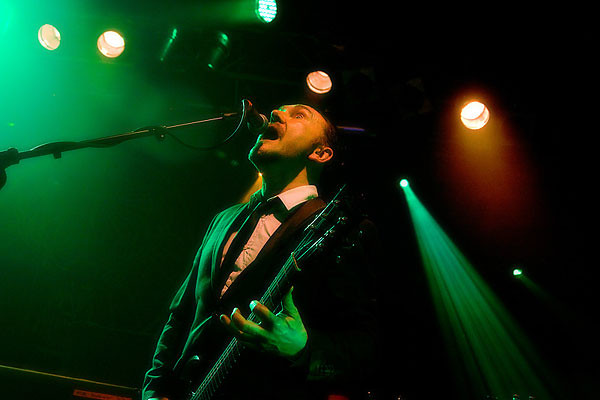